You have no items in your shopping cart.

Product was successfully added to your shopping cart.

Are These 5 "Natural" Food Additives Lurking In Your Favorite Organic Treats? 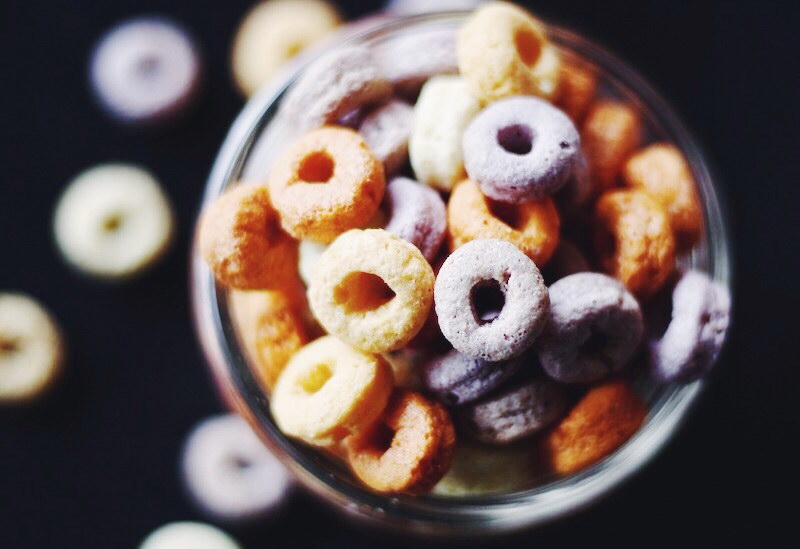 There's no doubt about it, going organic is one of the best choices you can make, not only for your own health, but the health of our planet as a whole. By reaching for that organic seal you're voting with your dollar - voting for a planet free of toxic pesticides and herbicides, voting for safer and cleaner farming practices, voting against the use of GMO's, and voting for a food supply that is richer in the nutrition our bodies need to thrive.

However, organic food is a multi billion dollar industry, meaning there is money to be made, and lots of it. Unfortunately many manufacturers are jumping on the organic wagon because it is profitable, not necessarily because they have health at the forefront of their consciousness. In other words, choosing organic because it's organic simply isn't enough these days - you've got to be aware of marketing tactics and know what's really in the food you're buying. Basically, you have to become a label reading ninja. You may be surprised to find a host of unhealthy additives in "healthy" organic options you're buying on the regular.

The next time you go grocery shopping, take a little time to flip over those packages and browse through the ingredients. Be on the lookout for these 5 common food additives that often times wind up in "natural" and organic options, and if you spot them, look for an alternative option. (which these days may be easier to find than you think!)

By far one of the most common food additives in general, emulsifiers are used to shift the texture of food products, helping to bind fats with water, making products thicker, creamier, and more stable on the shelf. In the natural foods industry they are most often found in plant based milk options, ice creams, yogurts, sauces, and even baked goods. They show up in organic options most often as carrageenan - which is derived from seaweed but is highly processed, or xanthum gum - which is made in a lab via a fermentation process involving bacteria and sugar. While there is no unanimous consensus regarding the health and safety of these ingredients, research does suggest that highly processed emulsifiers can interfere with normal microbial activity in the intestinal tract, and increase inflammation by disrupting the protective mucous layer lining in the gut. That being said, gums, jellies, and thickeners are found in various plants throughout nature, and aren't inherently bad for us. Less processed options include organic acacia gum (from the sap of the acacia tree), organic guar (which comes from powdered guar seeds), or organic inulin (a water soluble prebiotic fiber found naturally in many plants such as Jerusalem artichoke, chicory, and yacon).

A common ingredient in conventional and natural chocolates and candies alike, confectioner's glaze is used to create that shiny, candy shell-like effect. What's shocking is where it actually comes from. Confectioner's glaze comes from a resin which is secreted by a type of Asian scale insect (known as lac) after consuming tree bark. If that isn't gross enough, it is also commonly used as an ingredient in wood primer and varnish under the name shellac. It can also sneak into various foods, supplements, and drugs under the name "natural glaze", "pure food glaze" , and "pharmaceutical glaze". We think it's safe to say this ingredient doesn't belong in your chocolate treats, or in the human body in general.

While you wont find chemical food dyes such a yellow #5 and red #40 in organic food products (thank goodness!), the natural food industry most certainly still utilizes various processed, non-food ingredients to add pigment to their products - some of which have even been shown to have a degree of toxicity. Stay clear of carmine (a red pigment made from ground up beetles), titanium dioxide (a white pigment made from finely milled metal), and caramel color (made from heating up pure sugar with a food-grade acid to break down the sugar bonds and create a golden or brown color. It's often found in soda and beer). Instead reach for pure plant-based pigments made from organic roots, shoots, and fruits like turmeric, berries, beets, and chlorophyll. Not only do these ingredients have a beautiful color payoff, they are also phytonutrients and potent antioxidants.

Most of us are aware by now of the harmful effects of high fructose corn syrup, so much so that even conventional brands have begun pulling this ingredient from their products and using alternatives. One ingredient often used as a "natural" replacement is invert cane syrup - you'll find it very easily in many organic breakfast cereals, bars, baked goods, etc. it has a very similar effect as HFCS in food formulations - which is great for the manufacturer - but what about you, the consumer? While it may be better than HFCS, especially if non-GMO and organic, it is still a highly processed form of pure sugar with very little if any nutritional benefit. Invert cane syrup is made by taking sucrose (cane sugar) and splitting it into fructose and glucose molecules through a process of hydrolysis. Basically, it is made in a lab. Look instead for maple syrup, yacon syrup, coconut sugar, stevia leaf, and raw organic honey which are all natural forms of sweetness that come directly from nature and have nutritional (even medicinal!) value.

While it may seem like a benefit to have your plant based milk or breakfast cereal come "fortified" with additional nutrients like Vitamin D, A, or B Vitamins, it is hard to know exactly where these nutrients are coming from, or even how bioavailable they are. Most of these nutrients are from synthetic origin - meaning they aren't actually organic or food-based nutrients. They are cheap to get, and are usually only added to products that are highly processed, meaning much of the original nutrition has been stripped through use of high heat and harsh processing methods. It is better to eat whole foods as close to nature as possible, and get additional nutrients if needed from food-based supplements, and various other natural gifts like pure green juice, green powders, and superfoods.

Spring is here which means it's time to refresh the menu and incorporate more uncooked meals into your life. Which is great news because, generally speaking, these types of meals...keep reading

There's a reason why many people stumble upon the benefits of juicing only after they experience chronic health issues. They may be given the recommendation to start juicing by a close friend, a family member...keep reading

Happy summer solstice! The sweetness of summer is here, which for many of us means more time outdoors. We're talking about hiking, swimming, beaching, vacationing, picnicking...keep reading

Are You Grounded? 5 Benefits of Earthing You Need To Experience